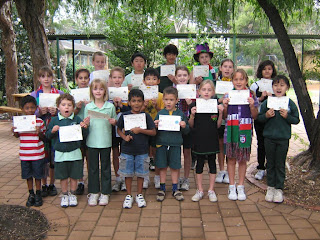 This assembly was hosted by our School Councillors. Thank you to councillors Connor and Michaela for running the assembly so well.

Certificate Winners
Congratulations to all our well deserving Award Winners for the first assembly of Term 2, 2010...
Click on the photo to see a larger view... 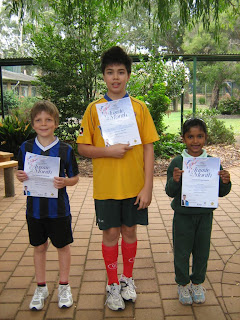 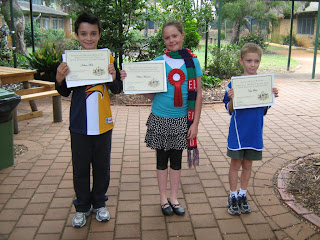 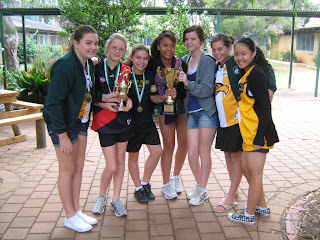 Aussie of the Month Winners (Above Left)
Congratulations to the Aussies of the Month recipients from the junior, middle and senior blocks.
They have shown the virtue of 'Responsibility'. Well Done!

Posted by Oberthur Primary School at 12:38 PM No comments:

Welcome...this blog has been created to inform our parents, students and the wider community of the interesting things that are happening in our school on a daily basis. You can view photos and see video clips of things you might otherwise miss. For those of you who don't know us, we are part of the Western Australian Government Schools System with around 315 students in a southern suburb of Perth, our capital city.